As an FBI agent, she specialized in hunting America’s most elite thieves. Now, she’s become one of them.

"My heart was in my throat until the very end..." 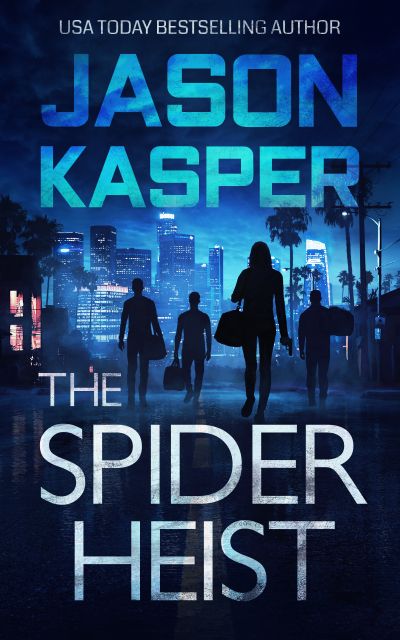 Blair Morgan’s world is in shambles.

After being used as a scapegoat by a corrupt former boss, she is unceremoniously fired from the FBI. Now, with her reputation, pride, and years of service stripped away, Blair just wants to start over.

But when a chance date turns into a mysterious job offer, her past comes crashing back to haunt her.

In a flash, Blair becomes entangled in a high stakes bank heist. Her status as a former FBI-agent-turned-hostage transforms her into an instant media sensation. And the unwanted attention makes her a target for ruthless killers that will stop at nothing to silence her.

Caught in the crosshairs, Blair must confront her past before she loses her freedom—or her life.

But there is something strange about this team of bank robbers. They aren’t who they seem. And as a deadly SWAT raid closes in, Blair discovers that she may not be either...

PRAISE FOR THE SPIDER HEIST

“Twists and turns with an incredibly likable heroine— I loved it.” -A.G. Riddle, International Bestselling Author of The Atlantis Gene

"I flew through The Spider Heist. It's packed with action, twists, and laughs. Kasper wields excitement like a hammer, and he bashes you over the head with it, again and again."

The Spider Heist is a tour-de-force of high stakes thriller action, unexpected twists, and nail-biting suspense. An unforgettable roller coaster ride that leaves you guessing until the end." 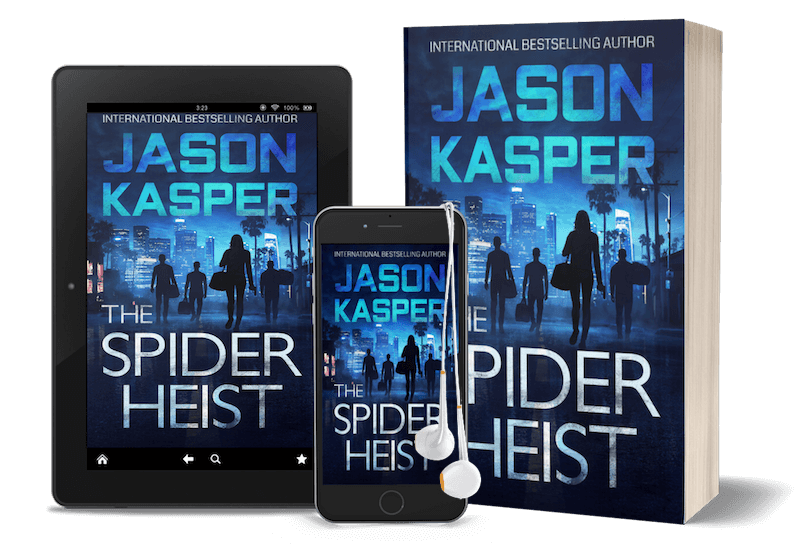 “COULDN’T PUT IT DOWN”