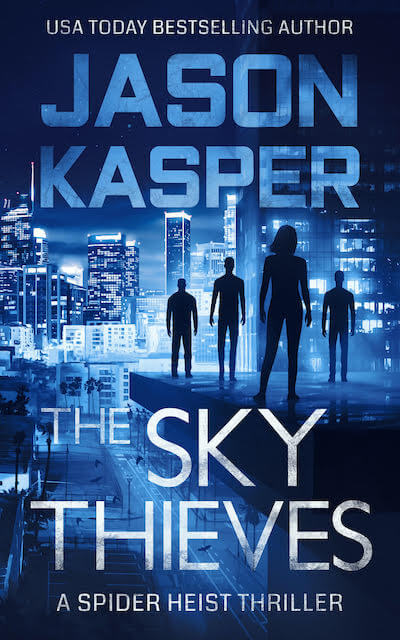 For former FBI-agent-turned-thief Blair Morgan, the world’s most unbreakable vault is her most irresistible target.

Blair Morgan has embraced her second career—as an elite thief.

Her heist crew has set their sights on their latest target: the Sierra Diamond, an 872-carat stone worth $27.3 million. It will be encased in a new vault known as the Sky Safe, a revolutionary strong room built into the side of a Los Angeles high rise.

The FBI says the Sky Safe is impenetrable. Naturally, Blair and her crew think otherwise…and if they succeed, it will be the greatest heist ever pulled.

But Blair’s corrupt former boss at the FBI has other plans. He knows Blair will be coming for the diamond and intends to catch her in the act…along with her entire team.

As a dangerous game of cat-and-mouse unfolds over the streets of downtown LA, Blair must go head-to-head against the most cunning adversary from her past—or see herself and her crew imprisoned forever.